This page relates to the Cloud version of Rich Filters for Jira Dashboards. Please see the documentation index for Server & Data Center versions.

This release introduces the first version of the gadget. The current functional coverage corresponds to that of the quick charts available in the Rich Filter Statistics Gadget, i.e. one-dimensional charts (donut, pie, gauge, bar and treemap) based on Issue Count or numeric and time-tracking fields aggregated by an issue field. Two-dimensional charts will soon be added to this gadget.

For more information about this new feature have a look at the Rich Filter Flexi Charts Gadget documentation page. 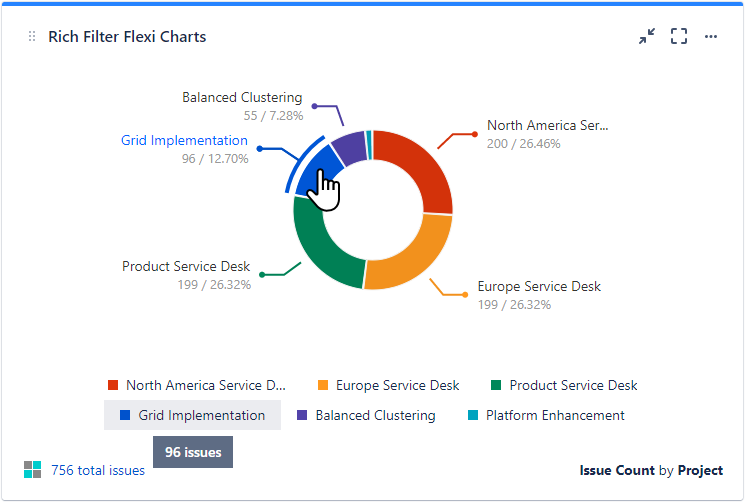 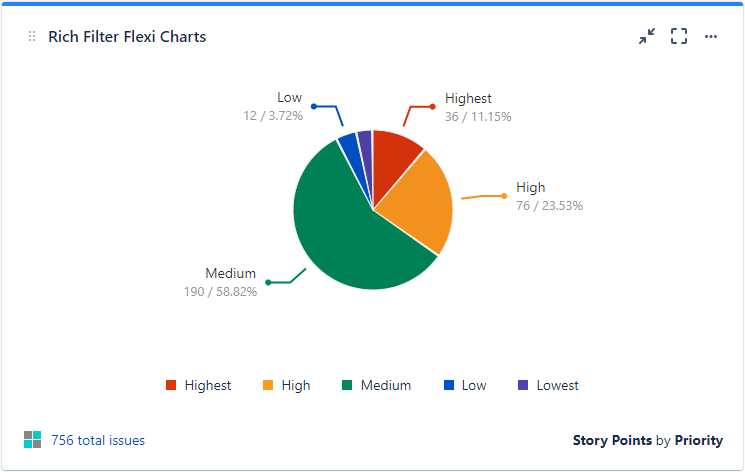 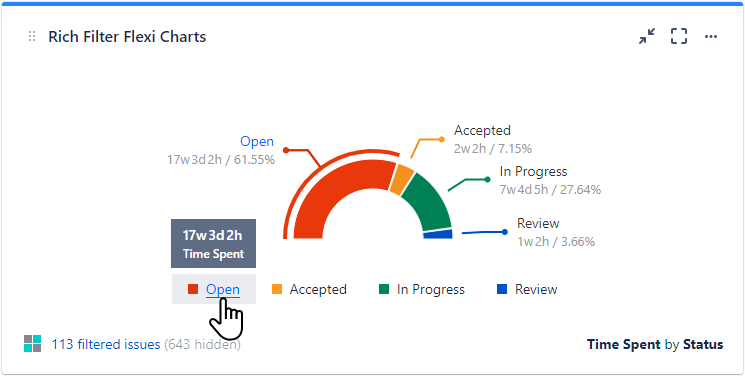 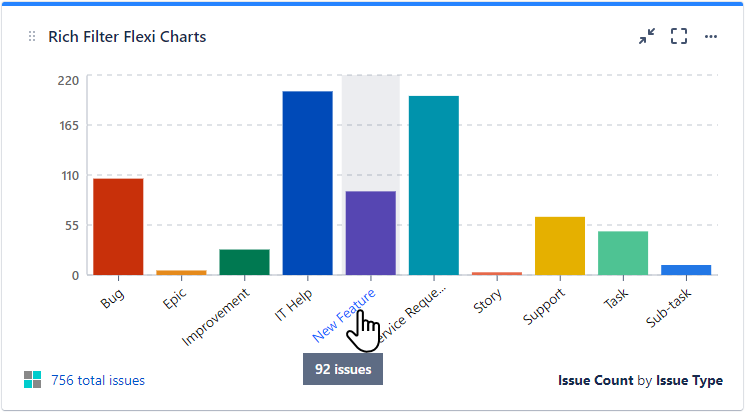 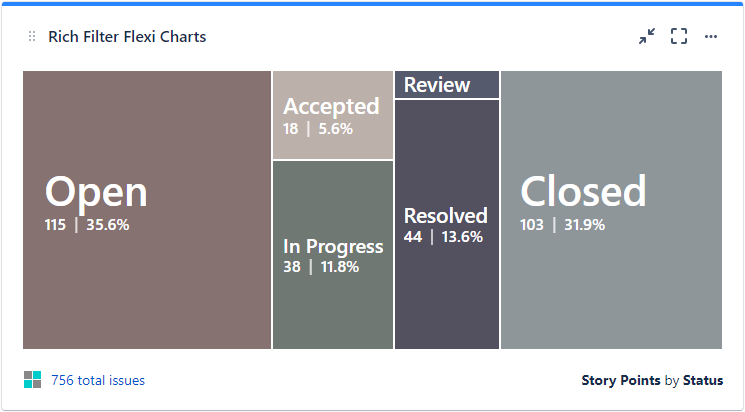